Around 1985 the demand for filtration installations used for the filtration of flue gases of cremators became significant. The emphasis was mainly on the filtration of zinc oxides. It was Jan Keeman, founder of DFW Europe B.V., who first installed these filters. It soon became clear to Keeman, who was originally an expert in combustion techniques, that the cremators had room for improvement. An agreement was reached with the now former company of All Europe BV that all cremators installed by this company would be taken into maintenance. It was also agreed then that they would jointly execute all new projects at home and abroad.

In order to meet the great demand for cremators, the company of DFW BV (Dutch Furnace Works) was established in 1992 and a start was made with the production and installation of in-house designed cremators fully in accordance with European standards. Many projects, sold by All Europe, were produced by DFW in those years and installed in the Netherlands, Germany and Italy. In 1999 the company of All Europe BV was taken over by DFW BV and the current DFW Europe BV was created.

The small-scale crematoria set up in the 80s and 90s became so successful that a demand arose for cremators with higher capacity. As a result of this, the types DFW 3000 and DFW 5000 were taken into production. Furthermore, regulations for both cremators and flue gas emissions were tightened during the late 90s.

In order to meet the demand in the cremation industry, DFW Europe developed a total cremation installation in 1999. This resulted in the introduction of the DFW 4000 cremator in 2001, complete with filtration. In 2002 the highly advanced DFW 8000 was taken into operation. Because of the broad experience gained with these cremators it was decided in 2006 to develop the DFW 6000 cremator with a very efficient gas consumption and great ease of control due to an integrated automatic charging system. 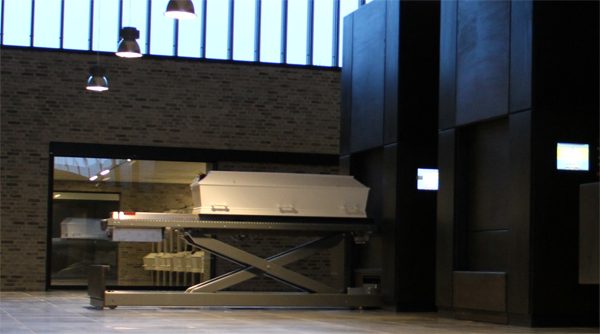