A year ago it was already announced, today is the day: the first electric cremation furnace is delivered. The first is for a Dela funeral home in Geleen, The Netherlands. When building of the crematorium is finished, the first deceased person could be cremated electrically in May or June of 2019.

Funeral organisation Dela wants to carry out all cremations climate-neutral from 2030 onwards. This is possible thanks to green electricity. A minimum of 60 cubic meters of gas must be saved per funeral. Dela is not the only funeral organization that wants to get rid of the gas ovens. It is a broader trend in funeral country. The organization has previously set up the Sustainable Farewell foundation with funeral colleague Yarden, which stimulates more sustainable forms of burial or cremation.

The electric cremation furnace was built by DFW Europe, the only Dutch manufacturer of cremation ovens. According to them there is a lot of interest from home and abroad for their electric ovens. “We have already received the first delegation from Seoul, Korea,” says director Jan Keeman proudly. “But there is also a lot of interest in the US, Australia and Scandinavia.”

Keeman explains the difference between a ‘normal’ and an electric cremation oven:

Electric cremation is not a new technique and was first applied in India. Keeman: “In European countries such as Switzerland and Austria, this has been happening for decades. Electric cremation was always the cheapest here because they could generate electricity with hydropower in the mountains. “

In the Netherlands, cremators always used gas or oil as fuel since this was the cheapest. Now that more attention is paid to sustainability, the option of electric cremation is also being considered here. A cremation costs an average of 60 cubic meters of gas. That is about as much gas as you used for 140 showers, calculated by the Milieu Centraal foundation.

Keeman: “We are now even working on a project in Ireland. There is a crematorium with three windmills next to it. Those windmills provide the energy of the ovens, which is beautiful! “ 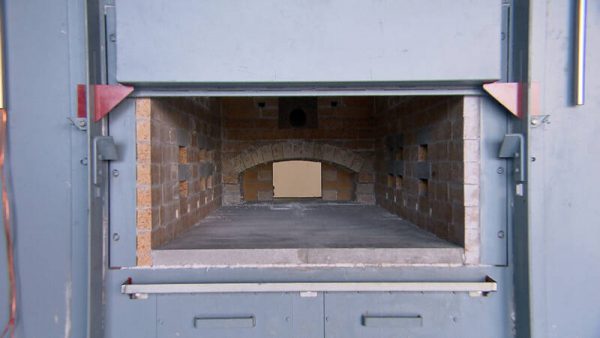