Bilthoven crematorium in the wooded area, the well-known beech avenue, the angel in stained glass, the eternal natural cemetery; these are the ingredients that have made Crematorium Den en Rust widely known for generations already. Even though there are several crematoria in the surrounding region, the historic character is very much appreciated by many people. Team manager Lotte Windey: ‘People like to be here, despite the often sad occasion.’

Den en Rust has been a Crematorium since 1992 already. The first oven was from a German supplier. In a large-scale renovation, in which the entire building was made over, the key word was ‘sustainability’. Lotte: “The old gas-fired oven was due for replacement, so we decided to make a move in that field as well towards our joint concern for the climate. The answer is two electric ovens, the DFW Electric from DFW Europe.”

Attention to the younger generation
According to Lotte, this attention for the environment, the way in which sustainability is implemented, is an important reason why people from far and wide come to Den en Rust for a funeral. ‘We notice that many people, including the younger generation, are also working on sustainability. There is a lot of interest in our natural cemetery, which we opened in 2014, but people are also interested in DELA’s vision on sustainability in general.’

At Den en Rust, more than 1500 cremations are carried out on an annual basis, often several in one day. Lotte: “We have chosen to install two DFW Electric ovens. This has greatly improved our capacity. Other advantages of the new ovens are that we can work ergonomically. It is safer and a big step forward in terms of occupational health and safety. In addition, the cosmetic aspect plays a major role. More and more people want to be with the deceased until the last moment and go with them to the oven room. It doesn’t look scary at all and this last walk is experienced as very valuable and beautiful by the relatives.” 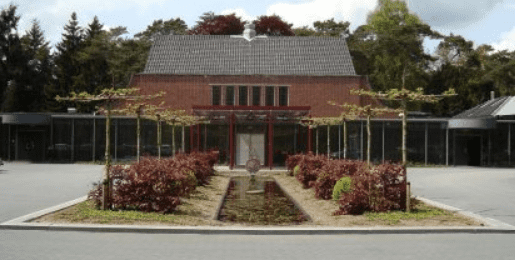