At Almere crematorium, which is operated by DELA and PC Uitvaartzorg, the 20 year old gas oven has been replaced with an electric one. Manager Natasja van Kampen calls this replacement a wonderful example of technical insight. “First, the gas oven was disassembled and removed, and after that they put the new oven in place via the roof.” Fun fact: Natasja has performed the first and last cremation with the gas oven and the first one with the DFW Electric.

The main reason for the Almere Crematorium team to switch to an electric cremator is purely based on the need of both DELA and PC Uitvaartzorg to realize cremations as environmentally friendly as possible. The municipal council also applauds this development because a large part of Almere doesn’t use gas at all. Natasja: “During the management meeting, we discussed the most desirable option, which soon turned out to be DFW Europe’s DFW Electric. We have been working satisfactorily with this company for years, which incidentally is the only one in the Netherlands that designs and builds electric cremation installations. So the choice was easy.”

Clear, orderly and transparent
The step to the electric oven appears to work out well in practice. Natasja: “Working with this oven is a great improvement. Very simple and easy to operate, clear and uncluttered. We now also have an automatic insertion of the box, which also makes the work physically easier for us. This oven ‘thinks for us’ and indicates exactly which actions you have to take. Almost silent, which is also a huge improvement over the previous one. Not unimportantly, the oven is beautifully streamlined and does not deter the next of kin who accompany their deceased to the actual cremation. People experience seeing what we do behind the scenes as nice and soothing. That transparency is also a major improvement. 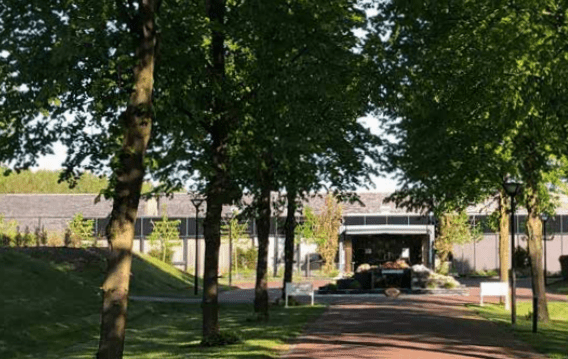