Huntingdon crematorium: near Cambridge, is known in the UK as a ‘green municipality’. Philip Peacock, who is a civil servant in the employ of this municipality, is in the middle of a process where the government pays positive attention to the climate on several fronts. Part of this process is the construction of a new crematorium that will be equipped with two electrically powered cremation systems. “When I learned about DFW, I became very enthusiastic about the DFW Electric cremator. My idea was immediately embraced in the UK when it became clear how much profit environmental benefit could be made”, according to Philip.

The ‘green agenda’ prevails in Huntingdon. No more paper used before and at meetings, and everyone works on iPads. Electric vehicles are being used; everything is done to preserve the climate and to reduce the ecological footprint as much as possible. The government Town Council is leading the way. But, according to Philip, citizens are also very positive about this trend.

Reuse of energy
During the development of the plans for a new, modern crematorium, the step towards electric cremation turned out to be a logical one. Philip: “We conducted research to find out what our target group thinks of this initiative. A large majority is of the opinion that this greatly contributes to a better climate and want to contribute to it too. The fact that the heat released from cremations is reused, for example in greenhouses in the immediate vicinity, is also considered very important. Another challenge is to drastically reduce the use of materials such as plastic and floral foam.” According to Philip, the current focus on the climate and the implementation of environmentally friendly applications is just the beginning. “I see what we are currently doing as the tip of the iceberg. Everyone is working on it and wants to follow in this track. It is only a matter of time before we completely switch to electrical energy. The aim is for only electric cars to be on the road as from 2013.

Huntingdon crematorium and electric cremation fits in perfectly with this pattern. Why use old-fashioned techniques when modern methods are available? But Philip also calls it an exciting process. “We are the first municipality in England to deal with energy in this rigorous way. Many people are talking about it and the media is also very positive. However, there is still a lot to do to break through traditional processes.” 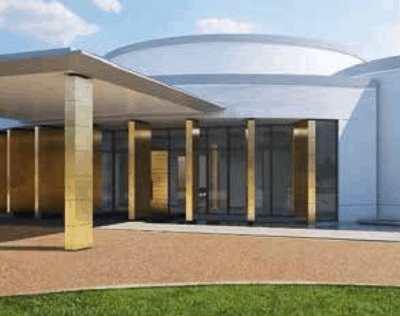