Minnendael Crematorium, a beautiful asset to the Drechtsteden region. Klink Uitvaart has started to use a new building at the Munnikersteeg Cemetery in Zwijndrecht; the Minnendael Cemetery and Funeral Home. Following the extensive renovation of the existing chapel and the construction of a separate cremation building, the next of kin are offered complete and high-quality funeral services.

Director Kees van der Spek explained: ‘The separate cremation building in our plans was not only the wish of the Municipality of Zwijndrecht, but also appears to be widely appreciated by the next of kin After the farewell ceremony the visitors can make their final way to the cremation to say their last goodbyes.’ Another reason for developing a separate cremation building was out of respect for the people who choose a burial.

Van der Spek: ‘We have furnished this building in such a way that people can say goodbye in a very personal way. Music can be played, people can say a few words, and attend the insertion of the coffi n, if they wish.’ Van der Spek especially appreciates the fact that this room is also arranged as a small chapel, which distinguishes this crematorium from other crematoria.

Minnendael Crematorium was developed with sustainability in mind. ‘The development of this
crematorium has helped us to take a major step towards our climate goals. We want to contribute
to a better environment and will stop using gas altogether where possible’, according to Van der
Spek. It is expected that around 450 cremations will take place at Minnendael every year.
Electric cremation was thus a clear prerequisite when the crematorium was developed. We
had a good look around and knew exactly what we wanted to achieve.

DFW Europe joined the deliberations at an early stage and installed the DFW Electric in the end. At that time, there was not much data available on the savings that can be achieved by carrying out electric cremations. It has meanwhile resulted in a greater CO2 reduction than expected. It goes without saying that we are very satisfi ed with our choice for the DFW Electric. 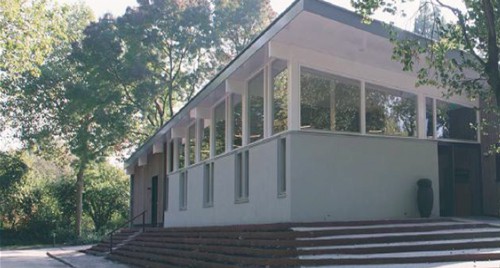